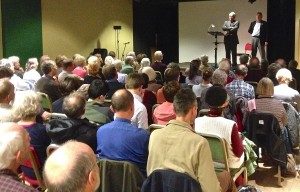 For 2013 we felt it appropriate to invite a military figure to reflect on problems of contemporary warfare and peace-building, and General Sir Rupert Smith accepted our invitation to speak. Rupert Smith commanded British troops in Bosnia and the first Gulf War, and is a former NATO Deputy Supreme Allied Commander Europe and former GOC Northern Ireland. In addition to his military service, Sir Rupert is a sought-after speaker on military affairs. He has also written a best-seller on the character of modern war (The Utility of Force in the Modern Age, Penguin 2006), in which he argues that war as we knew it in the 20th century no longer exists: a paradigm shift has taken place from ‘interstate industrial war’ to ‘war among the people’ which confronts war-makers now. 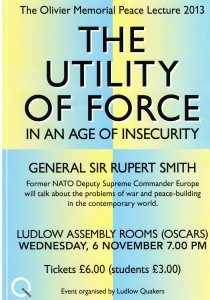 To read a summary of the lecture click here.